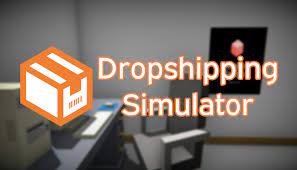 Dropship: United Peace Force is a combat flight simulation video game released exclusively for the PlayStation 2. The player assumes the role of a pilot in the United Peace Force, a fictional multinational military organisation charged with combating terrorism and organized crime across the world. The game itself is set in 2050.The game features a number of futuristic aircraft, including agile fighters, and slower transport aircraft. The game also features levels in which the player drives military vehicles such as armored personnel carriers.Unlike many science fiction flight simulator games, Dropship is set in the near future, and the vehicles and weapons, although futuristic, are grounded in reality, and bear many recognizable traits of modern military aircraft. The game has missions where the player must fly low not to be spotted, protect vulnerable craft and deliver/pick up valuable cargo. Another feature of the game is the VTOL ability of most of the game's aircraft, allowing the player to switch to a hover mode and land the aircraft manually.Dropship: United Peace Force received positive reviews from critics. It has an aggregate score of 75.95% on GameRankings and 78/100 on Metacritic.Toonami, Cartoon Network's after-school action programming block at the time, reviewed the game in June 2002. In the review, TOM (Steven Blum) said the game "doesn't look too sharp, but it plays okay" and that the problem was he couldn't get beyond the sixth level; "it's driving [him] nuts." The score the game was given ended up being a ? out of 10, as TOM had not yet finished the game.

Sentience is the capacity to be aware of feelings and sensations. The word was first coined by philosophers in the 1630s for the concept of an ability to feel, derived from Latin sentientem (a feeling), to distinguish it from the ability to think (reason).[citation needed] In modern Western philosophy, sentience is the ability to experience sensations. In different Asian religions, the word 'sentience' has been used to translate a variety of concepts. In science fiction, the word 'sentience' is sometimes used interchangeably with 'sapience', 'self-awareness', or 'consciousness'.Some writers differentiate between the mere ability to perceive sensations, such as light or pain, with the ability to perceive emotions, such as love or suffering. The subjective awareness of experiences by a conscious individual are known as qualia in Western philosophy.According to Damasio, sentience is a minimalistic way of defining consciousness, which otherwise commonly and collectively describes sentience plus further features of the mind and consciousness, such as creativity, intelligence, sapience, self-awareness, and intentionality (the ability to have thoughts about something). These further features of consciousness may not be necessary for sentience, which rests on the capacity to feel sensations and emotions.While it has been traditionally assumed that sentience and sapience are, in principle, independent of each other, there are criticisms of that assumption. One such criticism is about recognition paradoxes, one example of which is that an entity that cannot distinguish a spider from a non-spider cannot be arachnophobic. More generally, it is argued that since it is not possible to attach an emotional response to stimuli that cannot be recognized, emotions cannot exist independently of cognition that can recognize. The claim that precise recognition exists as specific attention to some details in a modular mind is criticized both with regard to data loss as a small system of disambiguating synapses in a module physically cannot make as precise distinctions as a bigger synaptic system encompassing the whole brain, and for energy loss as having one system for motivation that needs some built-in cognition to recognize anything anyway and another cognitive system for making strategies would cost more energy than integrating it all in one system that use the same synapses. Data losses inherent in all information transfer from more precise systems to less precise systems are also argued to make it impossible for any imprecise system to use a more precise system as an "emissary", as a less precise system would not be able to tell whether the outdata from the more precise system was in the interest of the less precise system or not.

Firelight Fantasy: Resistance is an rpg, adventure and action game developed by Firelight Interactive for the PC platform. The environment in the game belongs to the fantasy style, and the features can be highlighted as follows: early access, action, adventure, role-playing game, 3d fighting, procedural generation, action adventure, beatem up, deep storyline, god simulator, mysterious dungeon, similar to dark souls , 3d, cinematic, colorful, stylization, combat, third person, atmosphere, fantasy, indie, steam achievements. You will have access to such game modes as "for one player".Firelight Fantasy: Resistance will be distributed worldwide on a one-time purchase basis by publisher Firelight Interactive. At the moment, the stage of the game is in development, and its release date is 03/26/2021. You cannot download Firelight Fantasy: Resistance for free, including torrenting, since the game is distributed as a one-time purchase. The game supports Russian.MMO13 has yet to give Firelight Fantasy: Resistance a rating. The game is distributed on the Steam store, which users have not yet left feedback.The official description of the game reads: “This game is the beginning of an amazing story about the world of Isotopy. Immerse yourself in an unusual story that happened sometime in the past ... and maybe the future. "

Counter-Strike: Global Offensive (CS: GO; from English - "Counterstrike: Global Offensive") is a multiplayer computer game developed by Valve and Hidden Path Entertainment. The release of the game for personal computers on Windows and macOS operating systems, as well as the Xbox 360 and PlayStation 3 game consoles took place on August 21, 2012. The Linux version of the game was released in 2014 , and in 2016 the game became available on Xbox One under the backward compatibility program . In 2018, a free version was released with the ability to play with real players and bots. Later, in December of that year, the game became completely free.