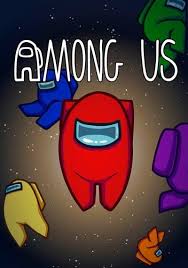 Among Us (from English - "Among Us") is a multiplayer computer game developed by the American company InnerSloth and released in 2018 for Android, iOS and Windows; In 2020, the game was ported to the Nintendo Switch, and versions for the Xbox One and Xbox Series X / S are in development.The game, inspired by the salon role-playing game "Mafia", is made in a sci-fi theme; players in it are randomly divided into teams: crew members and traitors hidden among them. Crew members do not know which of their comrades is a traitor, and can vote to "execute" any character trying to identify traitors through deduction. Crew members win if they manage to get rid of the traitors or at least complete all the puzzle missions offered to the crew; Traitors benefit if they manage, without getting caught, secretly get enough crew or bring a major sabotage to completion - for example, blow up a reactor or cut off the oxygen supply. 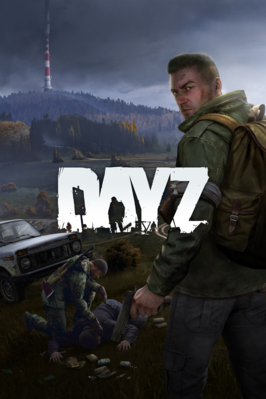 DayZ is an open-world multiplayer survival horror computer game developed by Bohemia Interactive. The game is a remake of the eponymous modification for Arma 2, created by game designer Dean Hall. An early alpha version of the game for Windows was released in late 2013 on the digital distribution network Steam, and was released on the Windows platform on December 13, 2018. The PlayStation 4 version was released on May 29, 2019.The game takes place in the fictional post-Soviet state of Chernorussia, whose inhabitants, as a result of some cataclysm, turned into aggressive zombies.The player-controlled character must survive in a hostile environment, avoiding methods and obtaining weapons, food and other supplies in abandoned buildings. Simultaneously with him on the same map and other players; each player has the right to kill the characters of other players, exclude them or unite with them in groups for joint survival.

Cyberpunk 2077 (from English - "Cyberpunk 2077") is a computer game in the genre of action / RPG, developed and published by the Polish studio CD Projekt. The game takes place in 2077 in Night City, a fictional North American city from the Cyberpunk universe. "The game was played using the REDengine 4 engine by a team of approximately 500 people. Thus, the developers of this game exceeded the one that worked on the studio's previous game, The Witcher 3: Wild Hunt. Cyberpunk creator Michael Pondsmith was a development consultant, Canadian actor Keanu Reeves voiced and rendered one of the main characters. .Go to the section "#Soundtrack"

as the Xbox 360 and PlayStation 3 game consoles took place on August 21, 2012. The Linux version of the game was released in 2014 , and in 2016 the game became available on Xbox One under the backward compatibility program . In 2018, a free version was released with the ability to play with real players and bots. Later, in December of that year, the game became completely free.