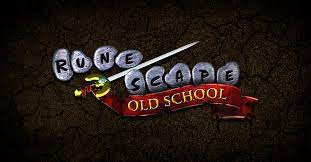 Old School RuneScape is a massively multiplayer online role-playing game (MMORPG) developed and published by Jagex. The game was released on 22 February 2013. When Old School RuneScape launched, it was originally an August 2007 build of RuneScape. However, it has since received engine improvements, new content, and quality of life updates largely decided by in-game polls. Despite having a smaller development team and a slower relative update schedule, Old School RuneScape has a larger player-base than RuneScape. A mobile version for Android and iOS was released in October 2018.he input mechanics are mainly point-and-click. The player controls a single character and can interact with NPCs, objects, and entities in the game world by left-clicking, or selecting an option from the object's right-click menu, since many objects can offer more than one interaction option. Users can gain experience points and level up individual skills, making their playable character more powerful or more capable of using that skill. There is a large selection of skills, grouped mainly between three different categories: combat, gathering, and artisan. Combat skills aid the player in defeating enemy monsters or other players, with skills such as strength, range, and magic, among others. The gathering skills, such as mining, fishing, and woodcutting, allow the player to gather in game resources, and the artisan skills include skills such as cooking, crafting, and smithing. Old School RuneScape, like RuneScape, has a free-to-play mode of the game with limited in-game content, making its money through membership subscriptions from pay-to-play players who have access to the full game.

The MadPack is a modpack made for MC version 1.6.4 by Kehaan and Jon Bams and is hosted by ATLauncher. This pack provides users with tech and survival experience. Pack's difficulty is considered to be above the usual level.The MadPack includes an exclusive resource pack and a few pack-exclusive mods which alter different aspects of the game (like ore generation).

Kingdoms In Chaos (Early Access) is a 3rd person open world sandbox cartoon mmorpg. A place where murderer and monster co-exist.. Huge open world where players can travel anywhere and wage war on other factions. Choose to be Human, Elven, Orc or the Undead.Set in Fantasy Britannia, Scour and attack you enemies lands in search of key elements to make epic weapons and armor or just fight for blood!Form a Guild and become Lord of a town and own the city keep! Choose the life of a noble knight or a cold blooded .Adventure alone or with companions. Hunt, forge or quest. Turn your goods into gold at the local vendor or use them to raft items, weapons, and armor. Quest for treasure and legendary item's worth tons of gold!The all ages ultimate hardcore old school fantasy role playing experience!This project is in Alpha stage and is a W.I.P There will be bugs and unfinished content 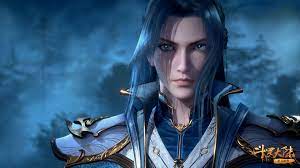