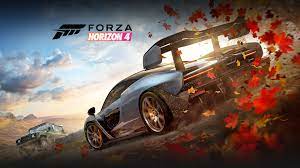 Forza Horizon 4 is an open-world arcade racing game developed by Playground Games in collaboration with Turn 10 Studios and published by Microsoft Studios for the Xbox One game console and Microsoft PC. It is the fourth major title in the Forza Horizon series and the eleventh title in the Forza series. The game was officially announced by Microsoft at E3 2018, along with the game's debut trailer on June 10, 2018. The game was released on October 2, 2018. Set in the UK, the gameplay focuses on interaction between players in multiplayer mode. One of the main functions of Forza Horizon 4 is the dynamic change of seasons, which also affects the change in the time of day and weather conditions, which directly affect the gameplay - you can drive a car in winter, summer, autumn and spring, and the gameplay will be affected by traction. , visibility while driving; and the type of competition such as off-road, circuit racing and drift. Players are given the opportunity to collect over 450 cars and customize them to their liking, as well as drivers . 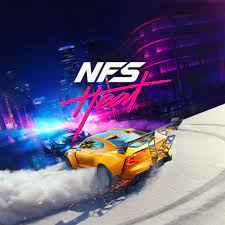 Need for Speed ​​Heat is a computer arcade racing game developed by the Swedish studio Ghost Games and published by Electronic Arts for the PlayStation 4 and Xbox One consoles, as well as for Windows PCs. The twenty-fourth game in the series of the same name, which was released on November 8, 2019 . The announcement took place on August 14, 2019 .The story of NFS Heat begins with a television news story about the creation of a special unit to fight night racers led by Police Lieutenant Frank Mercer, whose main task is to end night racing. After that, a race begins, during which the police appear, and one driver, trying to hide, rushed to the bridge.Shaw, one of Mercer's men, severely damages the rider's car and ends up falling into the water. The racer managed to jump out of the car, Shaw starts kicking him, he is stopped by Mercer, who has just arrived, who comes to mind that the caught racer can become a messenger for the others - he will convey Mercer's message that "the night races are over." Arrived at the scene of the accident, Eva Torres, Mercer's assistant, indicates that everything will be known to the authorities, to which Mercer uses his laptop to turn off nearby cameras and deletes the recording of the person. After that, the police leave, and the racer leaves the city. After a while, Ana Riviera appears there, surprised to learn that the racer is leaving the city with his brother. 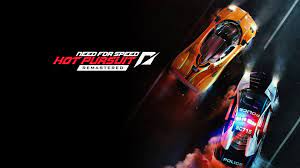 Need for Speed: Hot Pursuit - a computer game of the Need for Speed ​​series in the genre of arcade car racing, published by Electronic Arts for consoles, computers and mobile devices in 2010 . In Russia, the game was published by 1C-SoftKlab completely in Russian.Need for Speed: Hot Pursuit is a 3D arcade racing game. The game is close to the roots of the Need for Speed ​​series, bringing back exotic cars and police chases.Hot Pursuit can be played as a police officer or as a racer. The relationship between cops and racers is described as "dog chasing a rabbit" with more powerful cops than racers. Each side has several bonuses, including a checkpoint call and radar jamming.The game is set in a fictional location called Seacrest County. Seacrest County is over 100 miles (160 kilometers), four times the size of Paradise City, the city of Burnout Paradise. Hot Pursuit also features a new social interaction system called "Autolog", which is described as "Facebook for the game" . The game provides opportunities for both single and multiplayer (with up to eight players) game modes. Alternatively, in multiplayer mode, the player can record their achievements in the Autolog channel for friends to see how they beat this record. Autolog also contains an experience point system called Bounty.

Need for Speed Most Wanted

Need for Speed: Most Wanted is a Need for Speed ​​arcade car racing game developed by EA Canada and published by Electronic Arts for consoles, personal computers and mobile phones in 2005 year. The release of the game was timed to coincide with the beginning of sales of the new Xbox 360 console; a disc with the game was supplied complete with the console . In Russia, Most Wanted was published by Soft Club, initially with Russian documentation , and since 2006 - completely in Russian . The PlayStation Portable version of the game was released as Need for Speed: Most Wanted 5-1-0. The game takes place in the fictional city of Rockport, in which the player is given freedom of movement. In the story, the protagonist wins races and moves up the "Blacklist" of racers in order to return his BMW M3 GTR car, which Razor had tricked into conquering. 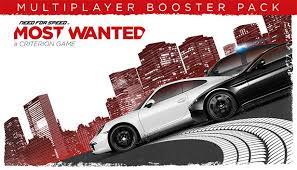 Need for Speed: Payback (Rus. Need for Speed: Payback) is a computer game of the Need for Speed ​​series in the genre of arcade car racing, developed by the studio Ghost Games. The game was released on November 10, 2017 by Electronic Arts for the PlayStation 4 and Xbox One consoles, as well as for Windows mobile computers . The official distributor in Russia is the SoftKlab company . Need for Speed: Payback's gameplay focuses on street racing, crime missions, and police chases. The player is given freedom of movement around the fictional city of Fortune Valley. By winning races, the player unlocks new cars, tuning parts and progresses through his career. The online game contains the Speedlist system, which includes various competitions with the help of which players increase their rating. The plot is built around a team, consisting of Ty, Mac and Jess and their quest for revenge on the House cartel, which controls gambling, criminals and police throughout Fortune Valley. 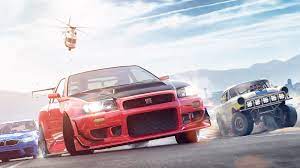 During the creation of the new part of the series, the developers decided to work on the bugs, eliminating the shortcomings that were present in Need for Speed ​​2015. Unlike its predecessor, Need for Speed: Payback focuses more on the pursuit and story, and also has a more detailed open world. However, the game received conflicting reviews from the gaming press, praising the large open world and the many missions, but criticizing the monotony of gameplay and storytelling, and the impact of in-game purchases on playthroughs.